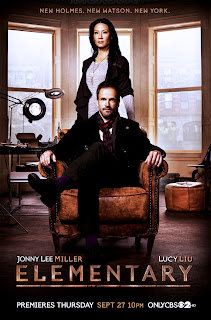 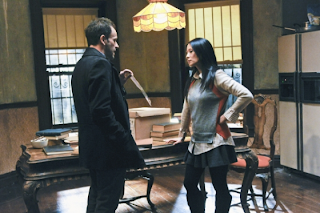 I've been watching the American modern-day Sherlock Holmes TV series, Elementary, since it first aired on September 27th, 2012.  It is not as good as the British one, but it somehow leaves me just interested enough that I keep coming back for more.  To me, Jonny Lee Miller just doesn't quite fit the Sherlock Holmes part.  I did, however, realize that he vaguely reminds me of Dr Gregory House.  And since I am having House withdrawals, I think that Elementary is filling that void. 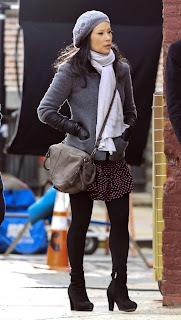 That being said, one of my favorite things about the show is Lucy Liu's wardrobe.  I have rarely seen costuming this good in a modern television setting.  The costume designer, Rebecca Hofherr, is obviously trying to be understated and not too distracting.  But she still manages to give Joan Watson (Lucy Liu's character) tons of style, which I believe adds greatly to her character. 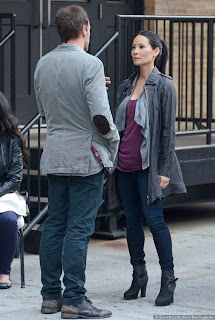 Here is a quote from Rebecca Hofherr:  “It is, for all intents and purposes, a crime show, and the usual thing is to have the characters on crime shows in uniforms and suits, but Lucy’s character is not a detective, so I was really excited to know that every week I could put her in way more exciting clothing than you’d see on a standard detective show.” 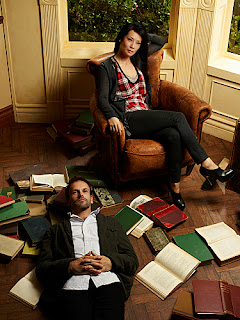 In my own life, I am constantly trying to ride the line between casual and dressy.  Her entire wardrobe does this perfectly.  I love that she is often wearing skirts and tights, or tight things with slouchy things, and sometimes there is even a pleasing pop of color.  Apparently Lucy Liu herself has a lot of input on her character's style.  This definitely shows, because she is obviously comfortable in her clothes, which I think is very important for an actor. 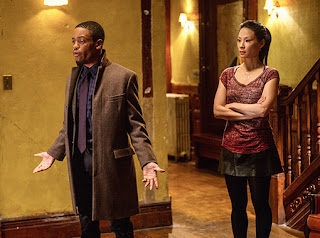 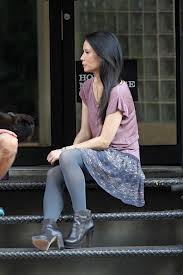 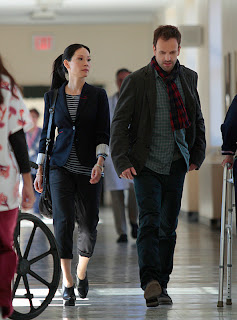 As a side note, I'm not really crazy about the costuming on Jonny Lee Miller, though that would be a hard character to dress.  I guess I just want his clothing to be a little more unique, and in this it is fairly average. 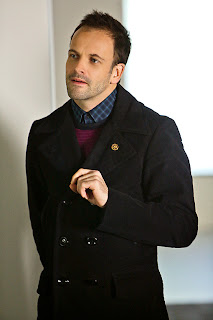 P.S.  As long as we are talking about Lucy Liu, I figured I might as well include her red carpet dress from this year's Golden Globes (Carolina Herrera).  This is, without a doubt, one of my favorite red carpet dresses from the entire season! 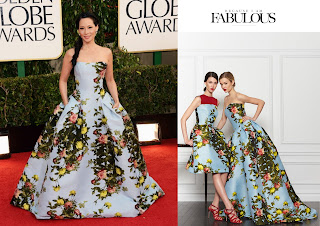 Posted by ragtradesisters at 8:12 AM